“Africa’s conservation leaders of the future; your work has just begun.”

Hailing from seven African countries, the graduates received their Higher and Advanced certificates in Wildlife Area Management from SAWC Vice Chancellor and CEO, Theresa Sowry at the college campus in the Greater Kruger National Park. The college, founded in 1996, has been offering wildlife area management qualifications for 20 years. This year the countries represented by the graduates included Lesotho, Malawi, Mozambique, Namibia, South Africa, Zambia and Zimbabwe.

The occasion was marked by the presence of key donors, supporters and partners of SAWC, including representatives of WWF South Africa, Peace Parks Foundation and the Southern African Wildlife College Trust.

“Our donors make everything possible,” said an impassioned Sowry, thanking them for their ongoing commitment to the college and its growth over the past two decades. “Today I must especially thank, the MAVA Foundation who through PPF supports 35% of Higher and Advanced Certificate students’ course fees as well as Friends of African Wildlife, our Zürich- based funding partner, who this year supported 26 student bursaries across various programmes including this one,” she said. 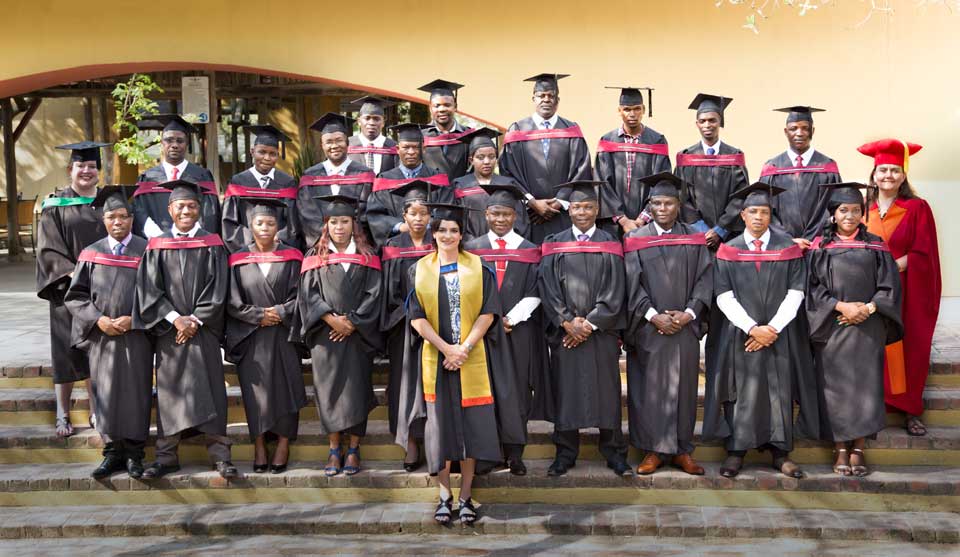 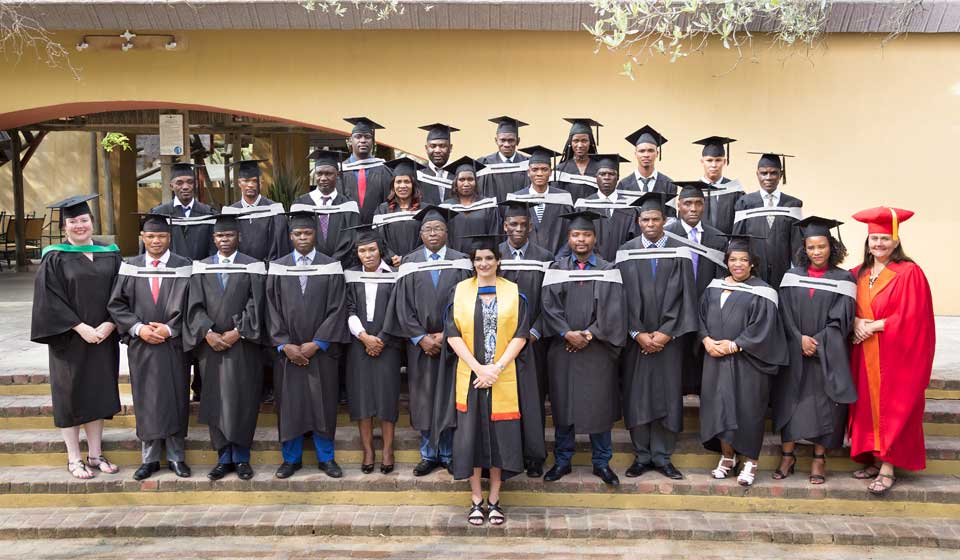 The college’s growth and its contribution to developing critical management capacity for protected areas in SADC was a common theme for all the guest speakers.

“Looking at you fills me with great pride,” said Dr. Morné du Plessis, CEO of WWF South Africa, referencing the original vision of the SAWC and how that vision has become a reality. “You are leaving here with a solid qualification. Your continued motivation and passion must now come from within as you go home and make conservation in your countries better.” 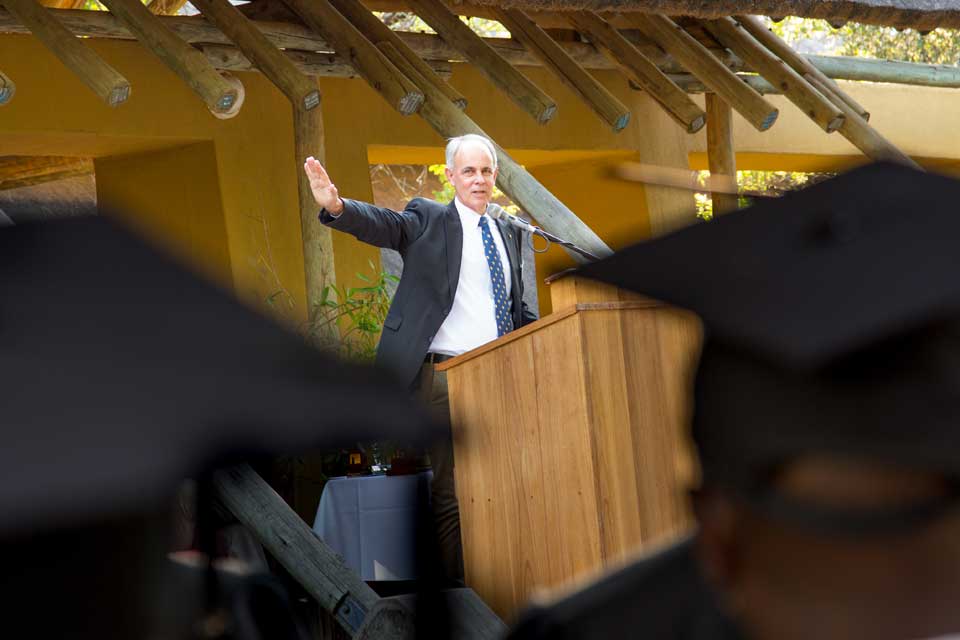 Dr. Yolanda Pretorious, who manages the Wildlife Area Management Qualifications at the SAWC, spoke about how education and the conservation industry are changing. “Your role is now – more than ever before – about sustainably managing natural resources in partnership with communities, not in isolation,” she noted. She reminded the “passionate” graduates to see themselves as stewards when they return to their respective countries, with an obligation to always do the right thing, “even when nobody is watching”. 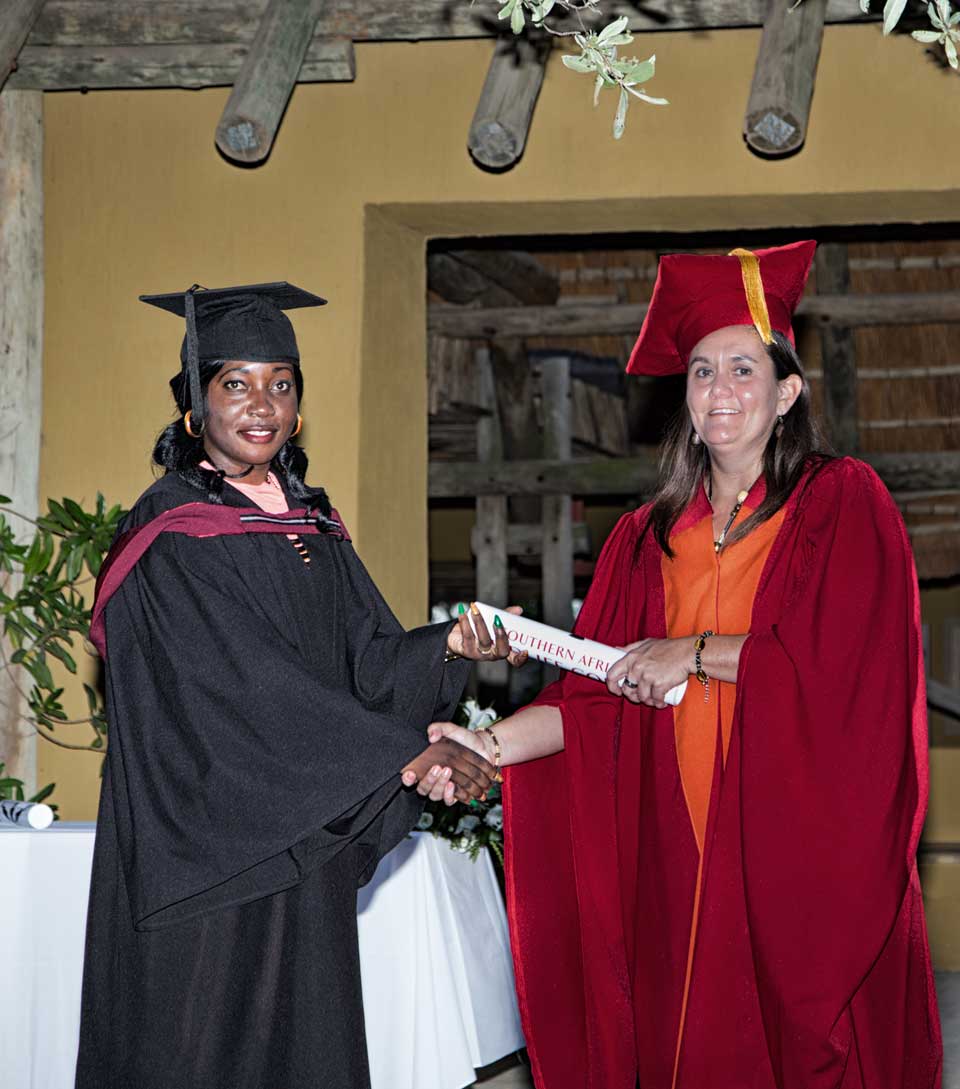 Paul Bewsher from Peace Parks Foundation advised the graduates to be motivated by “love for community, work and the environment”, while SRC president Jacob Colani Mdlovu from the Kruger National Park, South Africa, hailed the graduates as “advocates, fighters, educators and ambassadors,” for conservation in a heartfelt address.

“The SAWC honours these students, its partners and donors and the work being done to conserve our natural resources,” said Sowry.

The scholarships will give these students the opportunity to continue with their studies and complete the Advanced Certificate programme in 2018. 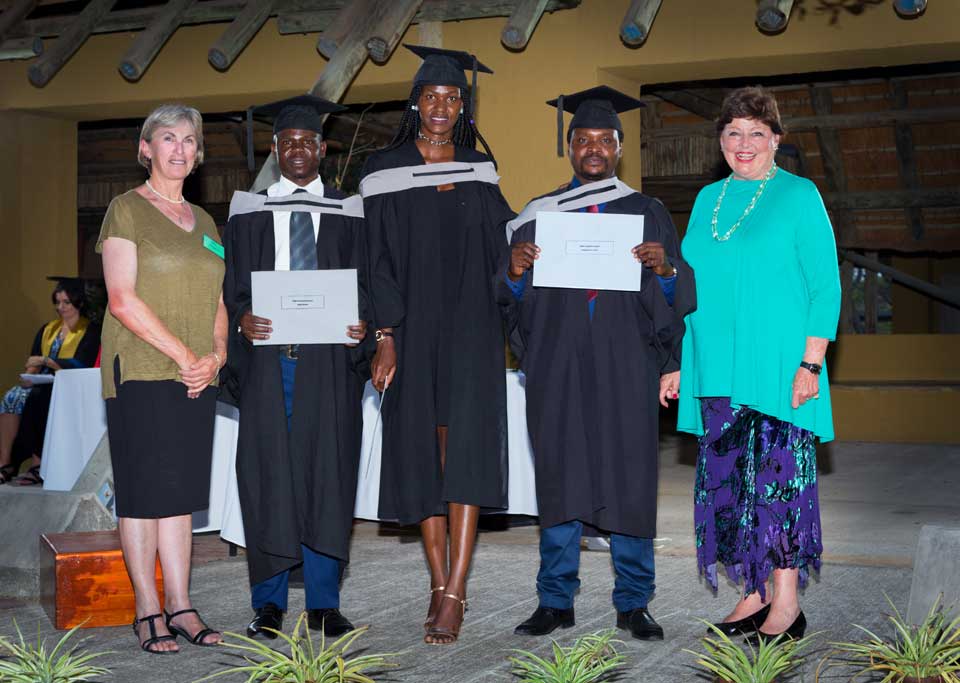 In closing, Dr. Leonard Sefu, SAWCT Founder Trustee, former director of the Department of National Parks and Wildlife, Malawi and member of the SADC Wildlife Technical Committee, was an inspirational figure, sharing his memories about the foundation of SAWC in 1996 and his impressions of the impact it has on conservation in southern Africa.

He cautioned against the terrible threats the natural world faces and noted that graduates will be responsible for more than just their country’s natural resources; transfrontier conservation areas are vital too. Advising them to be the best version of themselves in their commitment to their work, he said the graduates should “network with one another, write proposals and ask for support” to carry out their responsibilities.

Sowry concurred, highlighting the need to combine efforts, create partnerships, and pool resources, given the increase in poaching and wildlife trafficking that threatens to disrupt and collapse vital ecological processes.

“With the cooperation and involvement of local communities, these graduates will be responsible for rehabilitating and sustaining our wildlife areas in collaboration with many stakeholders. Your organisations are lucky to have you in their ranks,” she said.

To donate go to: www.wildlifecollege.org.za

Today is #WorldWildlifeDay and this year it is all

Recent heavy rains have filled many of our waterho