On 3 October 2022, the Field Ranger Advanced Course started at Bahnine National Park (BNP) in Mozambique. The management team at the park were hospitable and we were looking forward to begin training. Thirty current rangers attended the course in total. The first group consisted of 16 people and the second 14 with both groups including two females (four in total).

It is an honour to stand in front of well-disciplined, experienced rangers. Lessons were presented in the form of a game or group competitions, for example stripping and assembling of a firearm. Learners enjoyed the strategy of learning approach, and it was a huge achievement for us as a College to see our course development and improvements take effect.

It was such a great opportunity for the rangers to learn more about conserving our natural resources and made every effort to make it easy for the learners to understand and participate in every activity conducted in class. Subjects that were presented were: Roadblocks, Chopper drills, Hostile community engagement, Navigations and Animal behaviour which was presented by Mr Pieter Nel. It was a great addition to have another member of the College in the class. 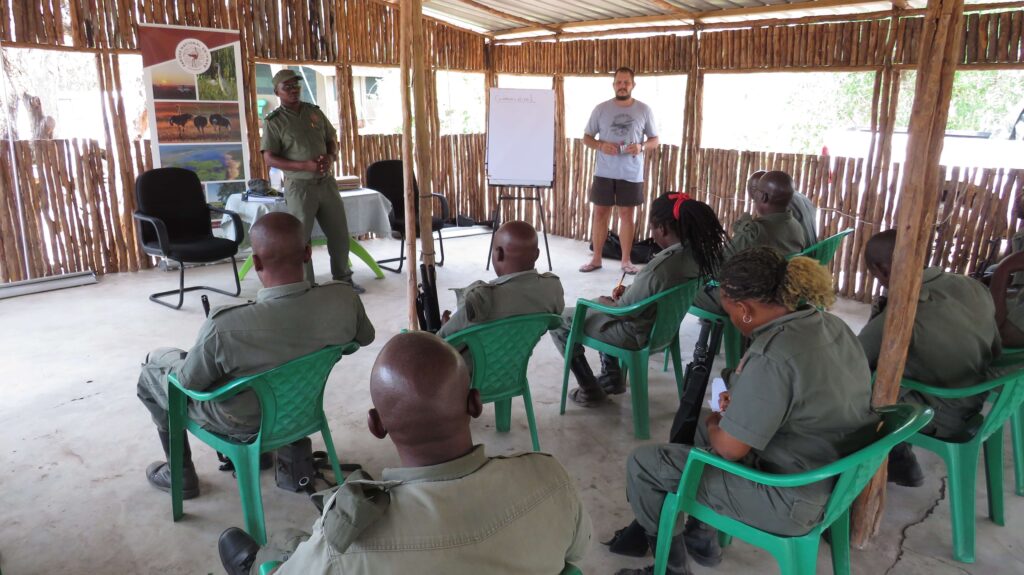 At the shooting range:

Before learners were taken to a range the golden rules and safe handling of firearms were thoroughly rehearsed. These included safety precautions, stripping and assembly of firearms, weapon stages and aiming.

Each student practiced shooting at he given target. The results were satisfying because all students passed at the required level for this course.

Patrol formations and hand signals were taught in this part of the course. How to use a GPS was also mastered by all students and now they can all successfully mark off coordinates and add in new coordinates on their devices.

Camouflage and concealment of themselves and vehicles was the next thing we trained the rangers in. It was amazing to see how effective camouflauge can be in the field. Students now know how to pick a spot best suited for a Listening Post or an Observation Post. 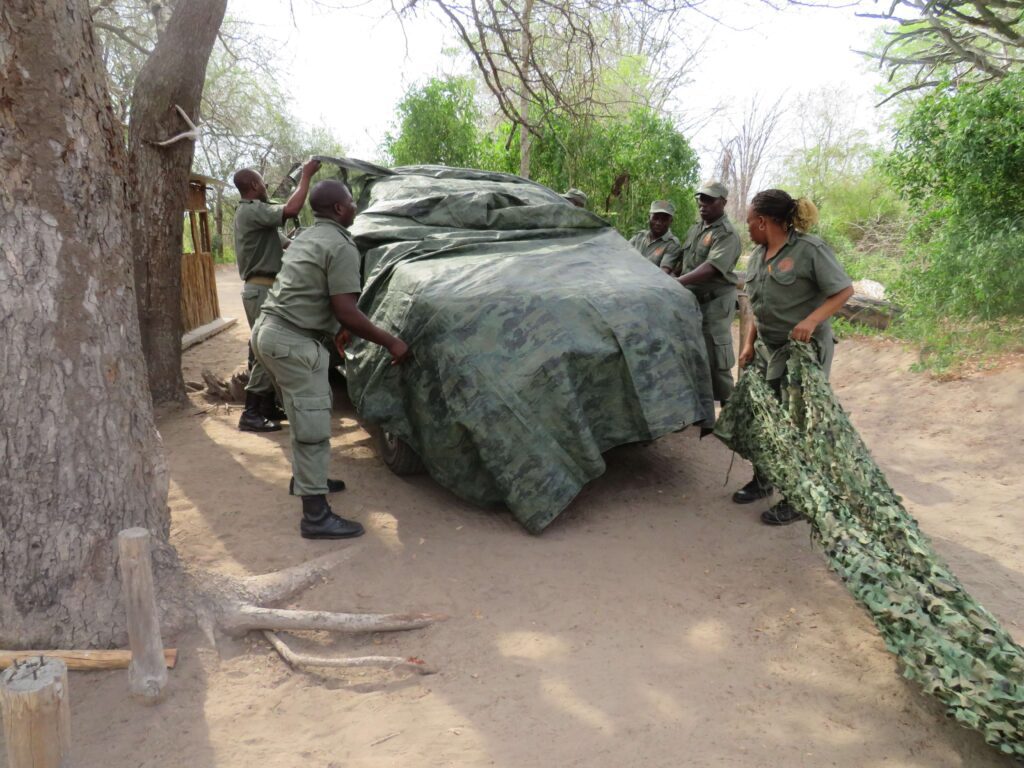 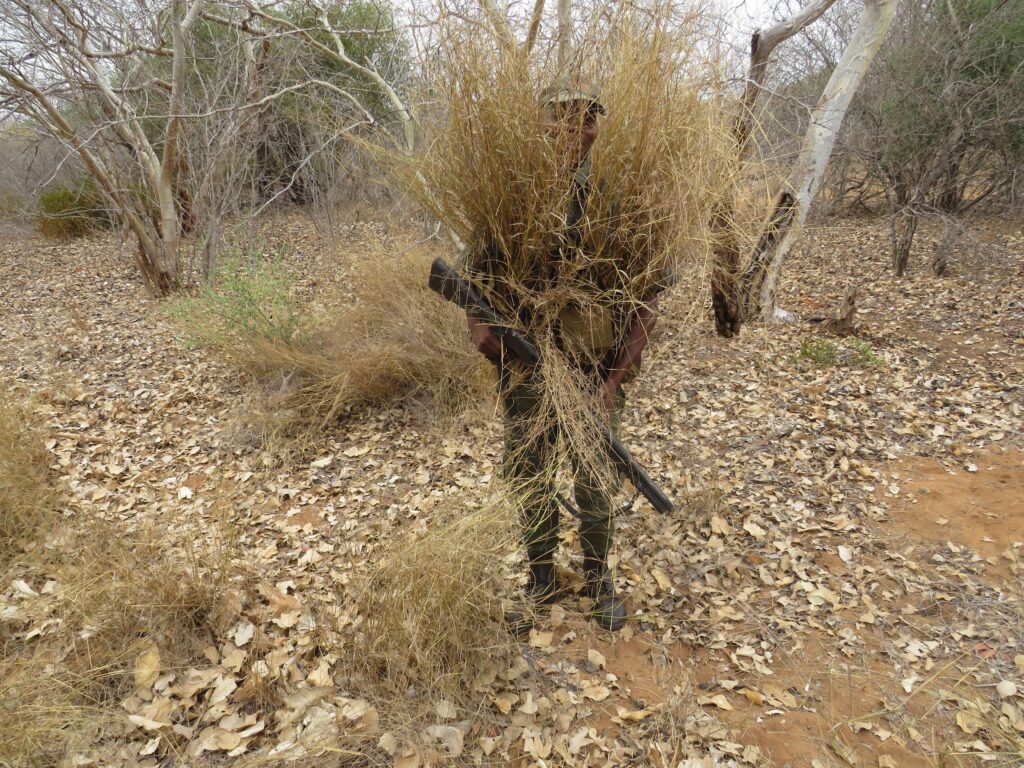 Learners enjoy buddy aid more than any lessons. It teaches them how to rescue their own partners out in the field or how to save someone who is injured in the workplace. Even though it was a demanding exercise, everyone really enjoyed it. 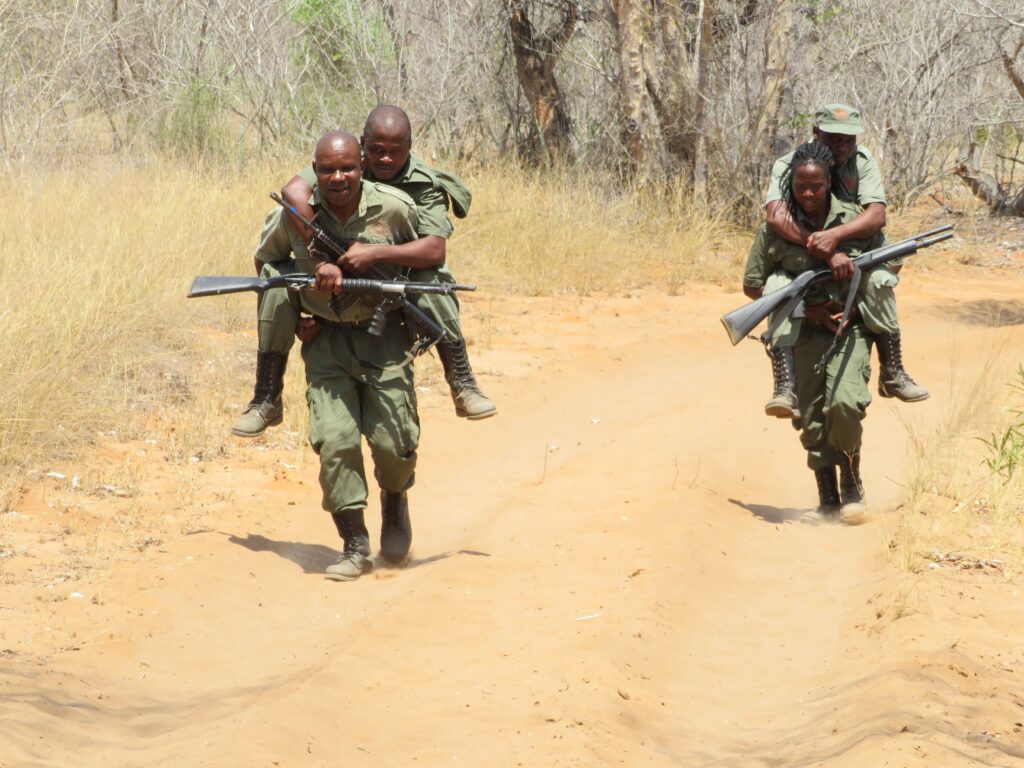 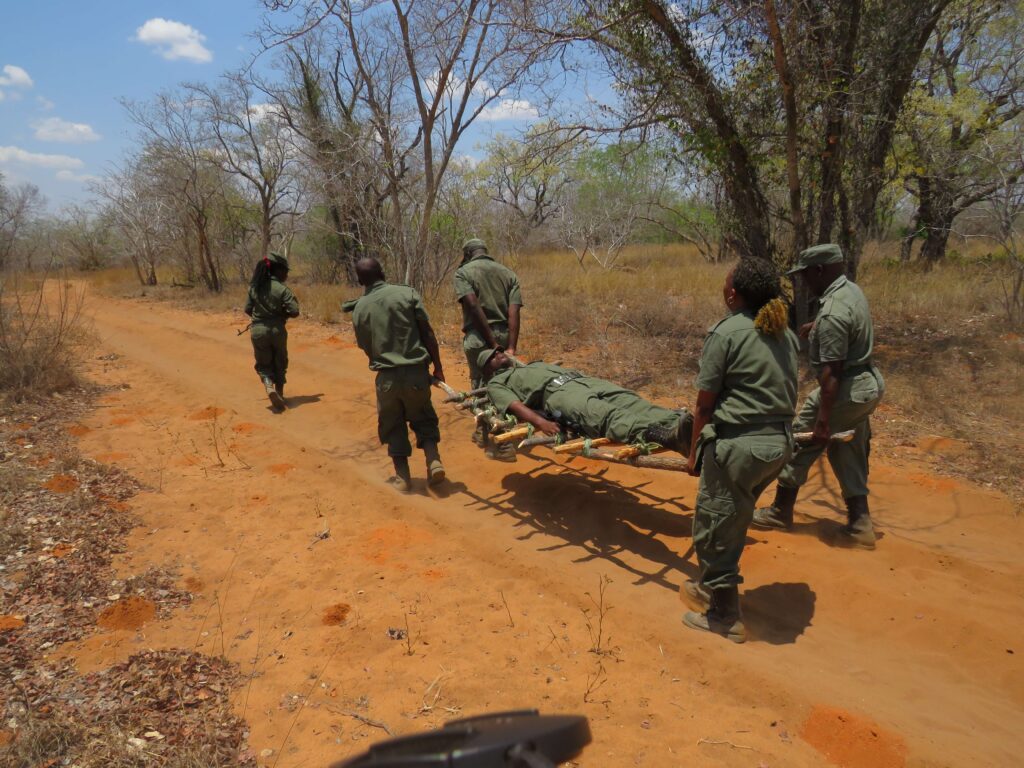 Boosting our learning programmes with refreshment courses keeps our rangers with the knowledge of understanding “how and when”. It is a great chance for existing rangers to attend such a good course and to expand their knowledge in field tactics.

Thank you to all the parties involved in making this course possible.