This year, 50 graduates of the Southern African Wildlife College’s (SAWC’s)  Natural Resource Management qualifications programme will return to their respective parks across Africa to help usher in a new era in conservation.

This year, 50 graduates of the Southern African Wildlife College’s (SAWC’s)  Natural Resource Management qualifications programme will return to their respective parks across Africa to help usher in a new era in conservation.

Hailing from seven African countries, the graduates received their Higher and Advanced certificates in Natural Resource Management at the Southern African Wildlife College (SAWC) campus in the Greater Kruger National Park on 27 November 2019. The College, founded in 1996, has been offering wildlife area management qualifications for 22 years. This year the countries represented by the graduates included, Lesotho, Malawi, Mozambique, Namibia, South Africa,  Swaziland and Zambia.

“There is a growing realization that conservation must integrate people. Conservation in South Africa and across the world for that matter cannot be sustainable if it doesn’t consider the needs and aspirations of communities . This principle has been articulated for years in global conventions such as the Convention on Biological Diversity which advocates fair and equitable access to benefits arising from biodiversity. For me this means we have to work with communities as shareholders in conservation, not just stakeholders,” said Mr. Fundisile Mketeni, SANParks CEO and Chairperson of the SAWC Board. 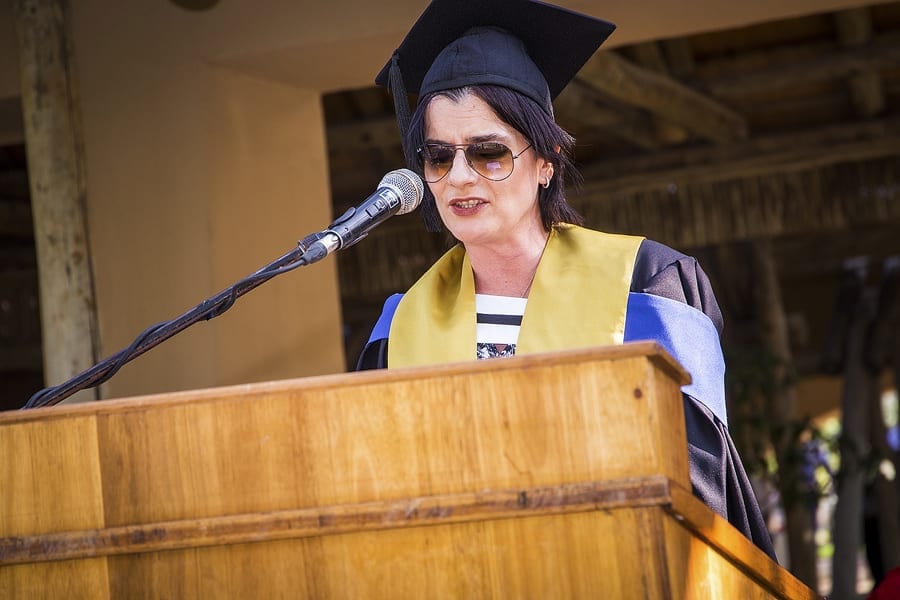 “In congratulating our students, we acknowledge their hard work and dedication and are confident that they will take the innovative, inclusive approaches to conservation, back to their countries, helping to create opportunities for people to secure their livelihoods whilst valuing their resources.” said College CEO, Theresa Sowry.

The College’s role in developing critical management capacity for protected areas within the SADC region through a new era of inclusive conservation leadership, was a common theme for all the guest speakers.

“Communities are an integral part of the conservation landscape. We need to build constituencies of conservationists,” said guest of honour, Xolani Nicholas Funda, Kruger’s Chief Ranger. He was present for the occasion along with members of the College Board, key donors, supporters and partners of the SAWC, including representatives of WWF South Africa, Peace Parks Foundation (PPF), and the Southern African Wildlife College Trust.

“None of what we have achieved would be possible without our donors, who continue to walk the road with us as partners,” said Sowry, thanking them, and the many individual donors, for their ongoing commitment to the College and its growth over the past two decades. “Today I must especially thank Friends of African Wildlife,  our Zürich- based funding partner,  which this year supported a record number of student bursaries across various programmes including this one  and  KfW Stiftung, a long standing donor of this programme, as well as  the Ivan Carter Wildlife Conservation Alliance, who has quite literally helped to keep the College doors open,” she said.

“Be confident that your training has given you the best possible chance to bring in a new era,” said Mketeni. He also cautioned the graduates to accept jobs on the basis of how much they will learn and how much it is aligns with their passion, not how much they will earn. 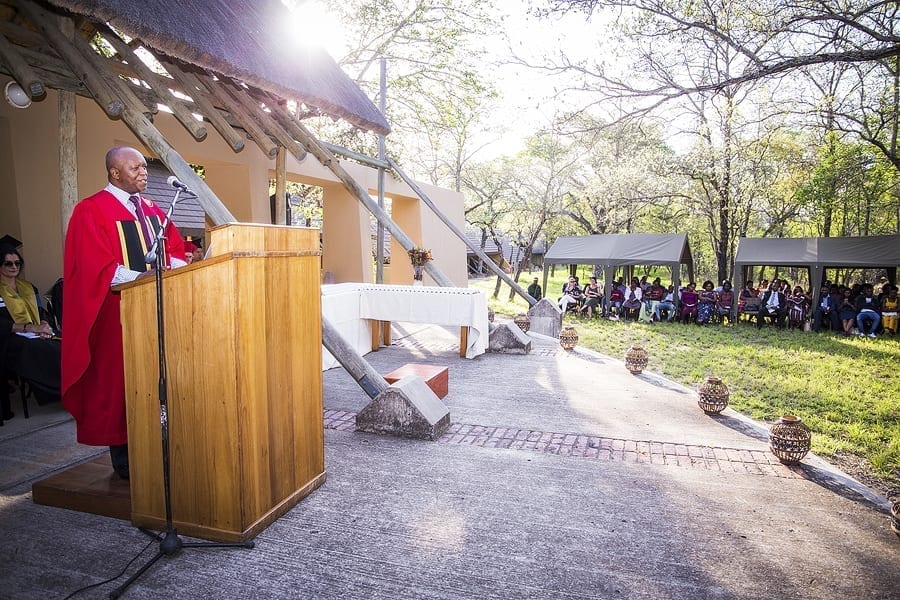 He added that a particular challenge of this era is that conservation is now a global discourse. “Countries can no longer make unilateral decisions; especially on issues such as livelihoods, new technology, wealth creation, commodification of nature, nature’ contributions to people and sustainable use. I can assure you will be caught in the middle of these debates. The question for the graduates is, ‘What is your contribution to conservation as a generation?’”.

During the ceremony eight students were awarded for their resilience and the hard work shown throughout the year.

The awards went to: 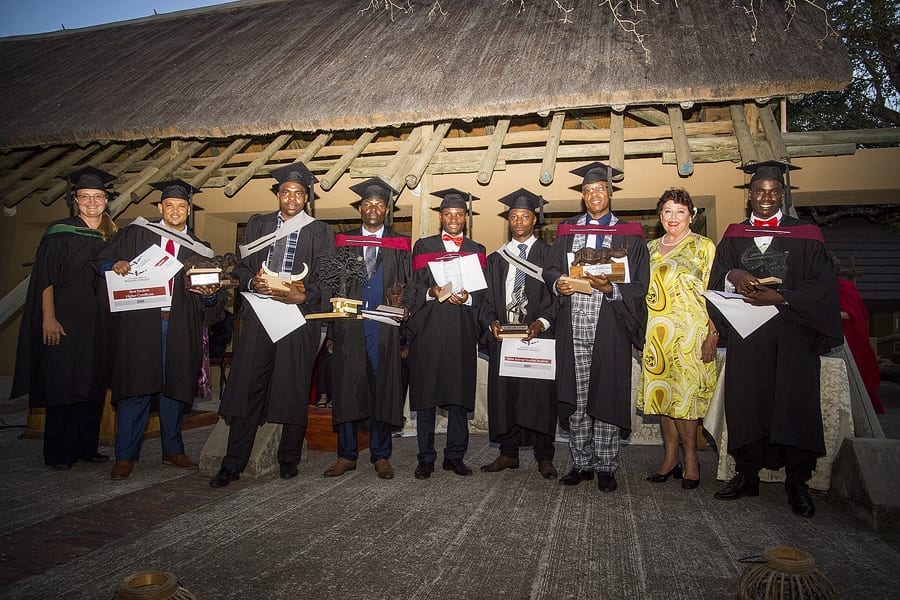 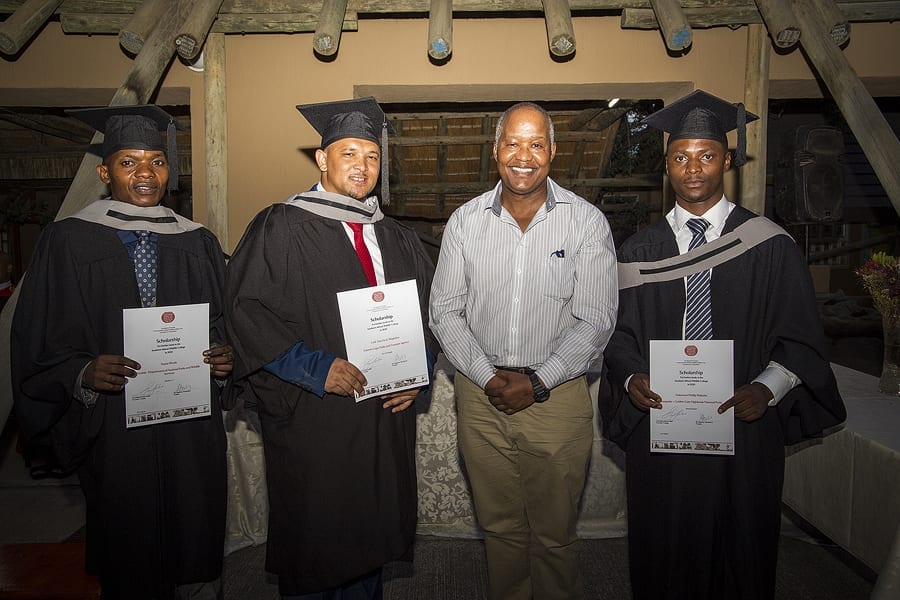 The scholarships will give these students the opportunity to continue with their studies and complete the Advanced Certificate programme in 2020.

The SAWC Student Council President – Mr. Obrain Kamwale from  Lusaka National Park, Zambia – gave a rousing vote of thanks to the College and its donors on behalf of the students, saying “we have stepped up to the challenge and are ready to usher in a new era of conservation, using the skills and knowledge we have gathered here.” He dedicated his achievement to his 14 year old daughter Abigail, who has been inspired by women in conservation training,  in particular by Dr. Yolanda Pretorius, Manager: Natural Resource Management Qualifications Programmes at the SAWC.

In closing, Sowry added, “This new era of inclusive conservation challenges the old perceived boundaries of a fortress approach to reach conservation goals. We have been privileged to work with these graduates and are confident they will return home with this shared vision for conservation management as their keystone.” 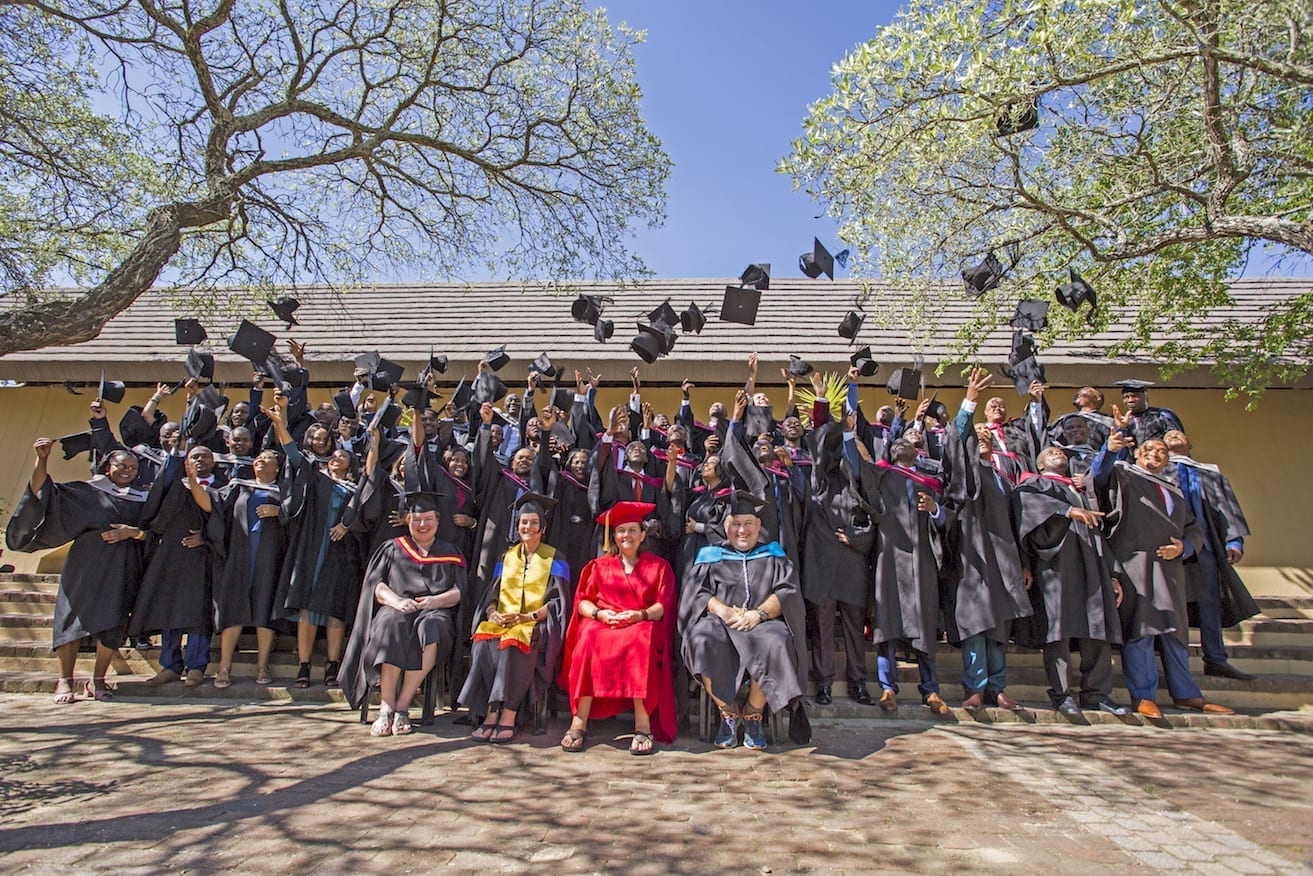 The Southern African Wildlife College (SAWC) has been awarded the largest grant in its history, with an incredible investment of €2.5m from the MAVA Fondation pour la Nature towards the College’s Sustainability Fund.