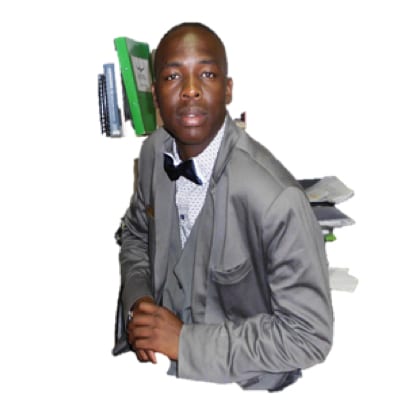 Professor was born and raised in the village of Welverdiend on the border of the Kruger National Park in Mpumalanga. He matriculated in 2005 and went on to enrol at Tshwane University of Technology to pursue his national diploma in Public Management. He graduated in 2009 and decided he needed to follow his passion, which is rooted in the youth of our society. As a result, he co-founded the Welverdiend Youth Centre, which – 10 years later – has a team of five staff members and is funded by the Department of Social Development.

Professor’s passion for educating the youth is a powerful tool for raising awareness about environmentalism. He was given the opportunity to explore his passion for conservation when we enrolled at the Southern African Wildlife College to participate in the Youth Access Bridging Course, which motivated him to bring environmental education to the Welverdiend Youth Centre. Professor was also employed at the Wildlife College in 2012 and has climbed to his current position as a Community Liaison Officer within the Rural Initiatives for a Sustainable Environment department.

Dedicated and hardworking, Professor has continued to grow his knowledge and skills base by undertaking a number of different short courses, such as Community Based Natural Resource Management, Coaching and Mentoring, and an Assessor course. He is a leader in the inspiring Coaching for Conservation project aimed at integrating kids and environmental awareness. Overall, Professor enjoys being able to share his leadership skills with the next generation of ambassadors for conservation.