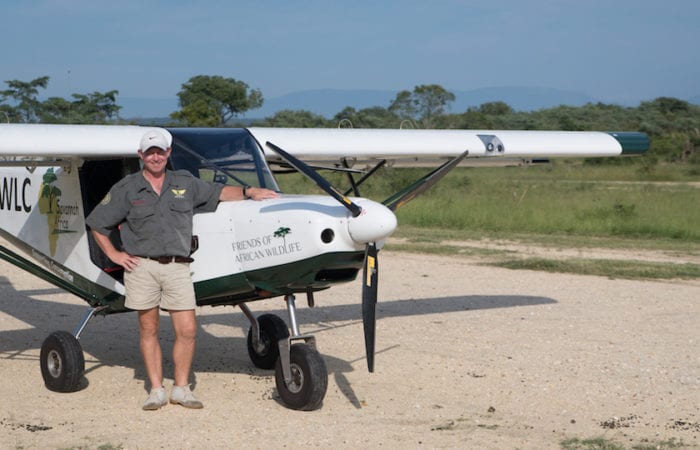 Flying has always been a part of my life. I am super excited to be imparting my passion with others and, on top of that, to be working in a conservation based environment.

Pierre Wilkinson, who will provide support to the SAWC’s air-wing, got his PPL in the US in 2007, but completed his training and received his Commercial Licence in 2008 at 43 Airschool in Port Alfred, which was at that time one of the premier training schools in the country.

He completed is Instructor’s Rating there and began working as an Instructor in 2009. He completed  just over 2000 hours instruction from ab-initio through to Multi-engine Instrument rating instruction. By the time he left 43 Airschool, in mid-2015, he had developed and was delivering the Instructor’s course which trained new Instructors. For the last five years he has been operating on the Embraer 120 on various contracts throughout Africa. He has now decided to permanently base himself in Hoedspruit and will be working with Bruce McDonald, particularly training pilots for conservation purposes and in developing and delivering the online LSA/PPL Aviation Theory Course being offered by the Southern African Wildlife College.