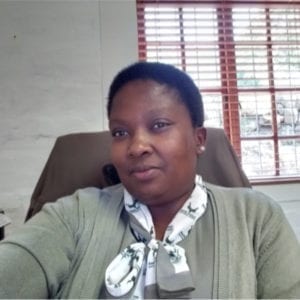 Bulelwa is a Senior Manager: Tourism at South African National Parks (SANParks), based in the Western Cape. She joined the organisation in 2006 as an Admin Assistant and has performed roles as Duty Manager and Park Manager at Bontebok and Agulhas National Parks, as well as Area Manager of Tsitsikamma in Garden Route National Park. Bulelwa is passionate about education and mentoring young, up-and-coming individuals who are eager to learn and have potential in excelling.

Bulelwa grew up in a rural village KwaBhaca in the Eastern Cape where she attended primary and high school. She furthered her studies in East London and Cape Town and graduated with a National diploma followed by a BTech in Tourism Management at Cape Peninsula University of Technology (CPUT). She additionally completed a Management Leadership Development Programme at WITS Business School.

Initially, Bulelwa joined SANParks as an intern in 2002 and progressed to a temporary reception role in 2005 before permanently joining the organisation in 2006. She has vast experience in customer service and the field of conservation management. In her spare time, she enjoys social family-orientated activities and spends time in the outdoors where she hikes and jogs for exercise.