It is with great sadness that we learnt of the passing of Respect Mathebule who succumbed to a poacher’s bullet in the line of duty. Trained by Ruben de Kock who has over two decades of experience in field ranger training, Respect is the first of Ruben’s students to have been killed in the line of duty.

“Respect was a willing student who gave of his best. Having completed a year long Nature Conservation Resource Guardianship course at the Southern African Wildlife College 30/09/2013 – 26/09/2014 as part of the National Treasury’s Jobs Fund project, he did his practical workplace experience in the Kruger National Park where he was then deployed,” said de Kock.

“During his theoretical training and practical workplace experience, it became clear that he knew the bush well, and could stay calm in Big 5 encounters. He was born to become a good a Field Ranger because of his belief in doing the right thing,” de Kock added.

The 34-year old Field ranger, Respect Mathebule was out on patrol in the Kruger National Park when his unit came under attack by poachers. He was shot and‚ despite attempts to get him to hospital‚ he died on the same day on July 19, 2018.

Mathebule’s death also marks the first instance in 50 years of a ranger being killed by poachers in Kruger National Park. Yet given the intensity of rhinoceros poaching in the region, the milestone is as surprising as it is tragic.

Home to roughly 80 percent of the world’s rhino population, South Africa has seen poaching explode over the past decade. In 2007, 13 rhinos were killed by poachers. Last year, that number was 1028 down from a peak of 1215 three years earlier.

According to records from the International Ranger Federation(IRF),Mathebule became the 269th field ranger killed in Africa since 2012. He is said to be 70th ranger killed in Africa this year alone. To mark World Ranger Day on September 22, the Game Rangers’ Association of Africa(GRAA)‚ a non-profit organisation with close ties to the College and a member of the IRF said, “At least 176 of the brave rangers that have been killed, have been gunned down by militia groups‚ unknown assailants or armed poachers working for multinational wildlife crime syndicates.”

The escalating aggression of poachers, who are widely reported to be connected to criminal syndicates in Asian countries, where rhino horn, valued for its purported medicinal qualities, trades on the black market for tens of thousands of dollars per pound, means rangers face even greater risks in the field. This is largely as a result of wildlife agencies militarising the conflict with poachers. The real problem being a demand-driven, globalised black-market trade fuelled by powerful transnational criminal organisations.

Fundisile Mketeni, SANParks CEO said,“Very few people have the courage and necessary skills to perform this important task, other than rangers, which Mathebule was and will forever be part of. Respect, may your soul rest in peace. You upheld the ranger values and flew the SANParks flag high with honour. We are poorer with your absence, but will continue where you left off.

“When paying her respects to Mathebule, Environmental Affairs Minister Edna Molewa was quoted as saying, “The murder of one of our rangers is an act of aggression by unscrupulous individuals and gangs. His death at the hands of alleged rhino poachers is an indication of the severity of the threat our rangers are faced with on a daily basis.”

We at the Southern African Wildlife College express our sincerest condolences to the Mathebule family and friends. Respect will always be remembered as a true conservation hero who was passionate about conservation and protecting our endangered wildlife. May he rest in peace. 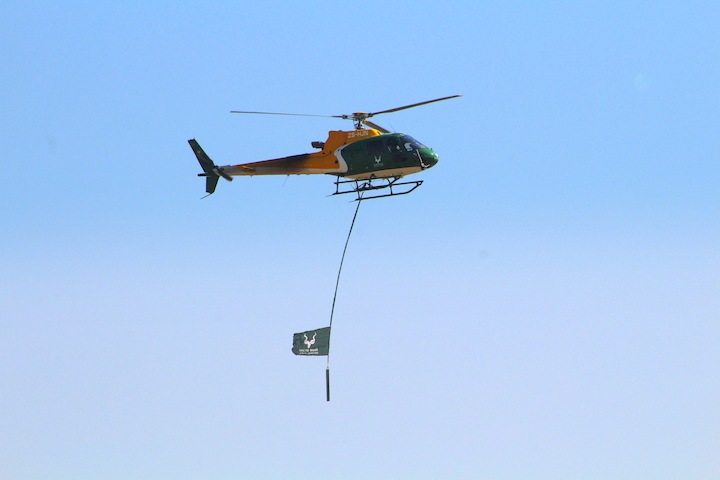 In memory of Field Ranger Mathebule

What job takes the most, but gives more?

This article gives an insight into the challenges faced by people trained in law enforcement but, who like in any…