As has now become custom, the College celebrates its Founder’s Day on the last Friday of October each day. This marks the day on which HRH Prince Philip, the Duke of Edinburgh unveiled the foundation stone of the Southern African Wildlife College on 28 October 1996, and also highlights the fact that every staff member has jointly played a role in the organisation’s success.

Last year all the staff participated in an “Amazing Race” which saw the staff getting to know more about the College, and the communities and projects surrounding this institution. In addition, with input from the full staff compliment, the College launched its new slogan which honed in on the brand essence, namely “Training Beyond Boundaries”. This year, the staff got to know more about each other and each other’s hidden talents, whilst also looking at collective values and what their expectations are from one another.

Organised by the Academic Support and Quality Assurance Department, the staff did not disappoint. Talent from across the organisation come out in full force, with the rest of the staff cheering each participating member or group on. Entries ranged from song to dance to poetry, with some drama, art and handwork also being included. The three judges certainly had their hands full when making a decision, but in the end once everyone had, had a chance to vote, it was a dance group that took top honour. 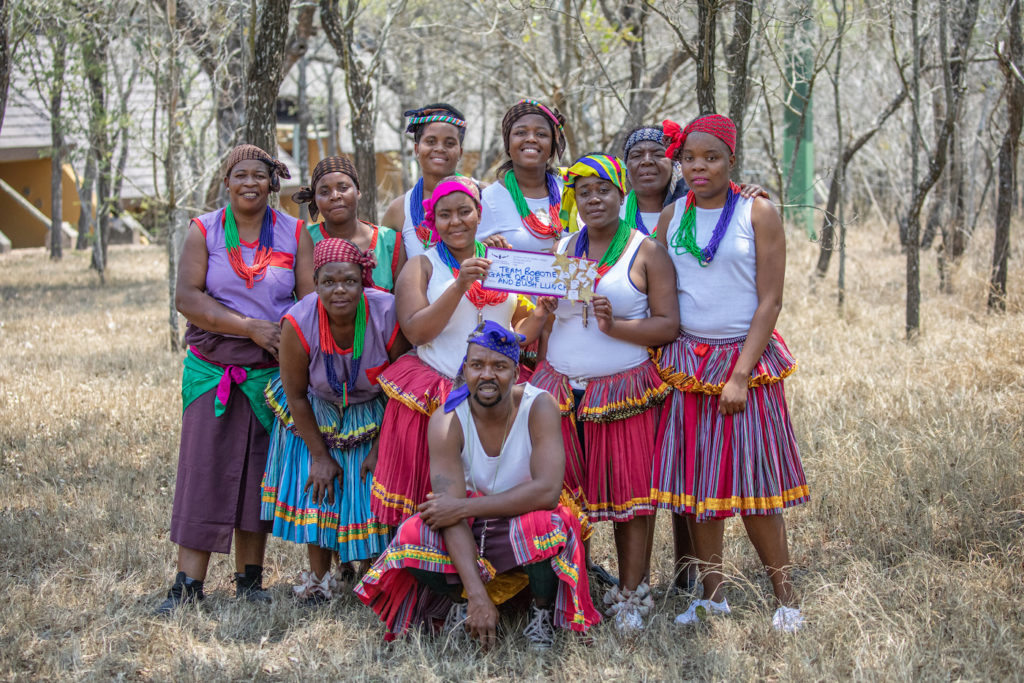 During the celebrations Theresa Sowry the SAWC’s CEO said that “Integrity, commitment, teamwork and mutual support – especially given the increasing challenges faced by training institutions and by conservation professionals working in parks, reserves and protected areas –  are vital to the success  of an organisation.”  The College’s Executive Management Team, then addressed the need for core values and how this supported the College’s vision and shaped the culture of the organisation. Each value that the staff had recognised as being paramount namely accountability, transparency and integrity was then “unpacked” in terms of what each value meant in terms of shared principles and beliefs and how this also impacts how people experience the College. 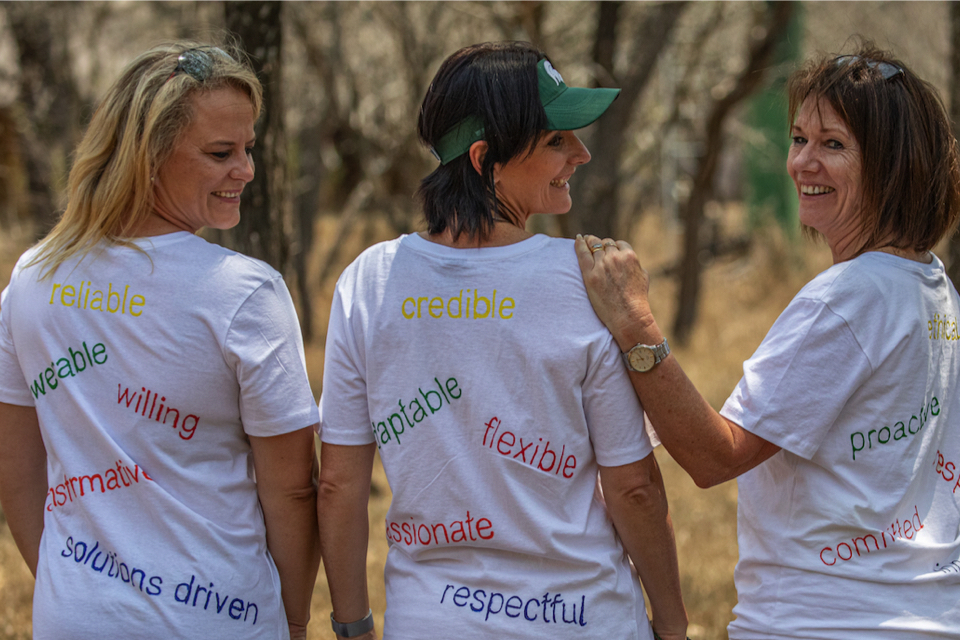 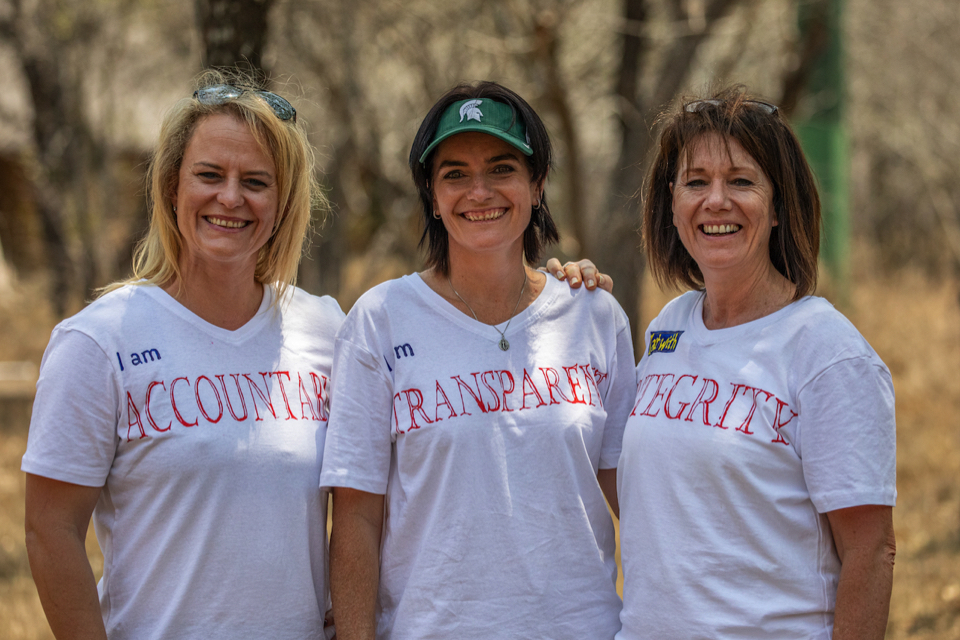 The Executive Team then took the opportunity to honour the staff contributions that have helped establish the college as a leader in the field of conservation education, training and skills development. Staff members who had helped build the institution –some since the establishment of the College –  were recognised for their commitment and long service; emphasising the importance of each role played – whether it be in training, maintenance, hospitality or finance for example. 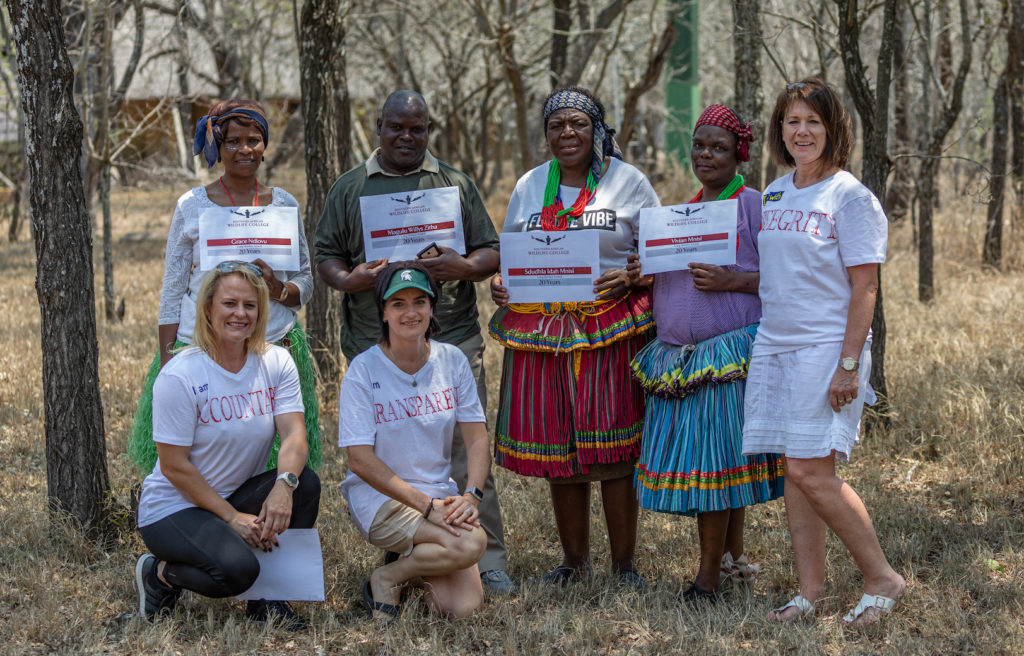 Special thanks must go to the organisers as well as to Ivan Carter Wildlife Conservation Alliance who very kindly helped fund the day’s celebrations and who also generously provided a commemorative T. Shirt to each member of staff.

Our hard working Edna has welcomed in the next gen

The SAWC has conservation, community and the well

Error: Access Token is not valid or has expired. Feed will not update.