Track a person in a natural environment 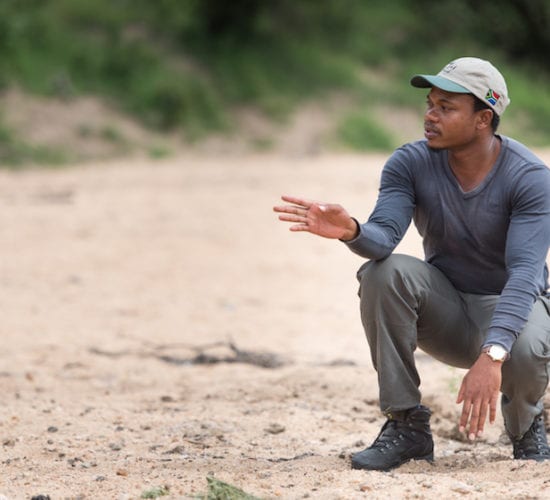 The Southern African Wildlife College offers organisations and or private businesses the opportunity to enrol their staff for training in any of our short courses on the basis of ten people attending as a minimum requirement. Training can take place at the SAWC or on-site at a location preferred and provided by the client. Courses can be tailored according to the specific needs of the organisation.

Students who complete this programme will possess the skills and techniques required to track a human as an individual or as part of a tracking team.

He/she will be able to:

This includes the improved detection of illegal activity in areas of operation with faster rates and response times for extended periods of time and over hostile terrain resulting in increased arrested and the ultimate prosecution of perpetrators of environmental crimes.

This programme is aimed at organisations (both private and government) and individuals who form part of tracking teams e.g. counter poaching units as well as field rangers who patrol conservation areas. The upsurge in illegal poaching activity in conservation or natural systems has also necessitated that this course is aimed at a wider audience including resource managers and environmental officers.