This innovative programme to develop rangers to meet the changing demands of their jobs, has its beginnings in a conversation which took place at the Game Rangers Association Summit held at the SAWC in 2018.

Mr De Kock introduced Mr (Lt Col) Altin Gysman to General Johan Jooste, presenting him as the Leadership subject specialist at the Protected Area Integrity Department of the SAWC. The General’s first question to Mr Gysman was to describe the 4th Section Battle Drill – this being the introductory test question between the two former military officers with both men then sharing their skills and expertise whilst working within the conservation sector.

A project task team was established in October 2018 headed by Ashwell Glasson as the project leader, Di Gibson as the instructional system designer and Altin Gysman as the leadership subject matter expert. A workshop was held between the team, Gen. Jooste and other stakeholders where our proposed draft curriculum and instructional design methodologies were explained and agreed upon. A proposal was submitted to WWF Khetha in October 2018 and the Project was awarded to the SAWC in December 2019 and the following focus areas were identified as deliverables: 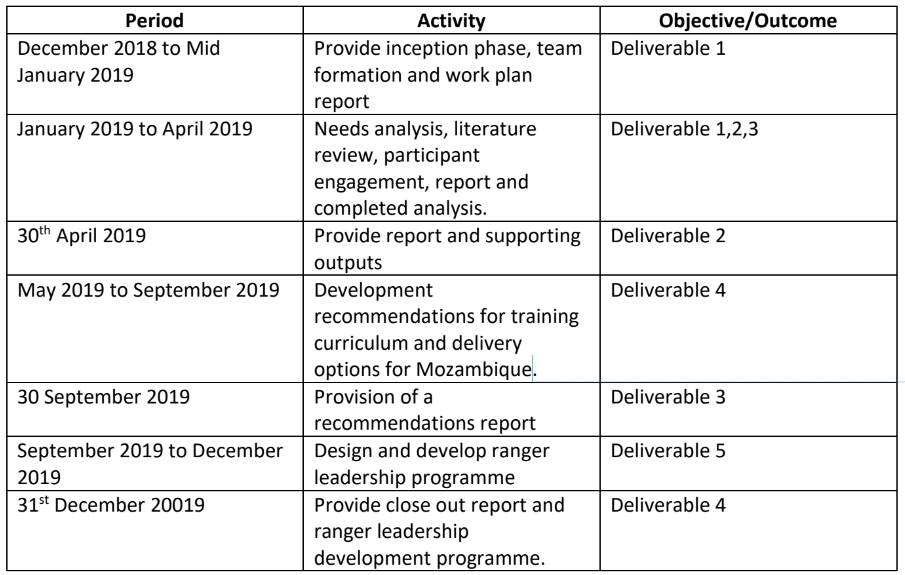 In the process leading up to May 2019 there were many engagements in the form of workshops, individual interviews, group interviews and one of our main important tools, developed by Ashwell and Di, was the Field Ranger Leadership Survey. There was great emphasis placed on the survey and we received valuable inputs from all the participants. We had participants from SANPARKS, GKEPF, Kruger National Park, as well as Rangers from other African countries. We also had some input from Private Anti-Poaching Units.

The team undertook a scoping exercise which included an evaluation and feedback process with relevant government agencies, including human resource departments to develop a greater understanding of ranger’s leadership capacity and skill-set needs. The team has now identified key training gaps in light of the changing content of contemporary ranger work and produced a review of best practice in leadership training principles and practices from relevant fields to inform new/revised ranger curricula.

The way forward after the analysis phase is to concentrate on the Ranger Leadership Development curriculum which will include modules such as: management and leadership, law enforcement ethics, conservation ethics, community engagement, conflict resolution, negotiation skills, use of advanced technology and lastly, addressing corruption.

On the completion of deliverable five and the final approval in November 2019 of the curriculum we look forward to exciting times in educating future Ranger Leaders. The roll out of the course will also be done in November 2019.

This technical report is made possible by the generous support of the American people through the United States Agency for International Development (USAID).

Ensuring Anton Mzimba’s legacy and vision for the future continues
01/08/2022
Conservation and Leadership – how do we bring these together effectively?
13/07/2022
Collaboration bodes well for transformation
20/06/2022