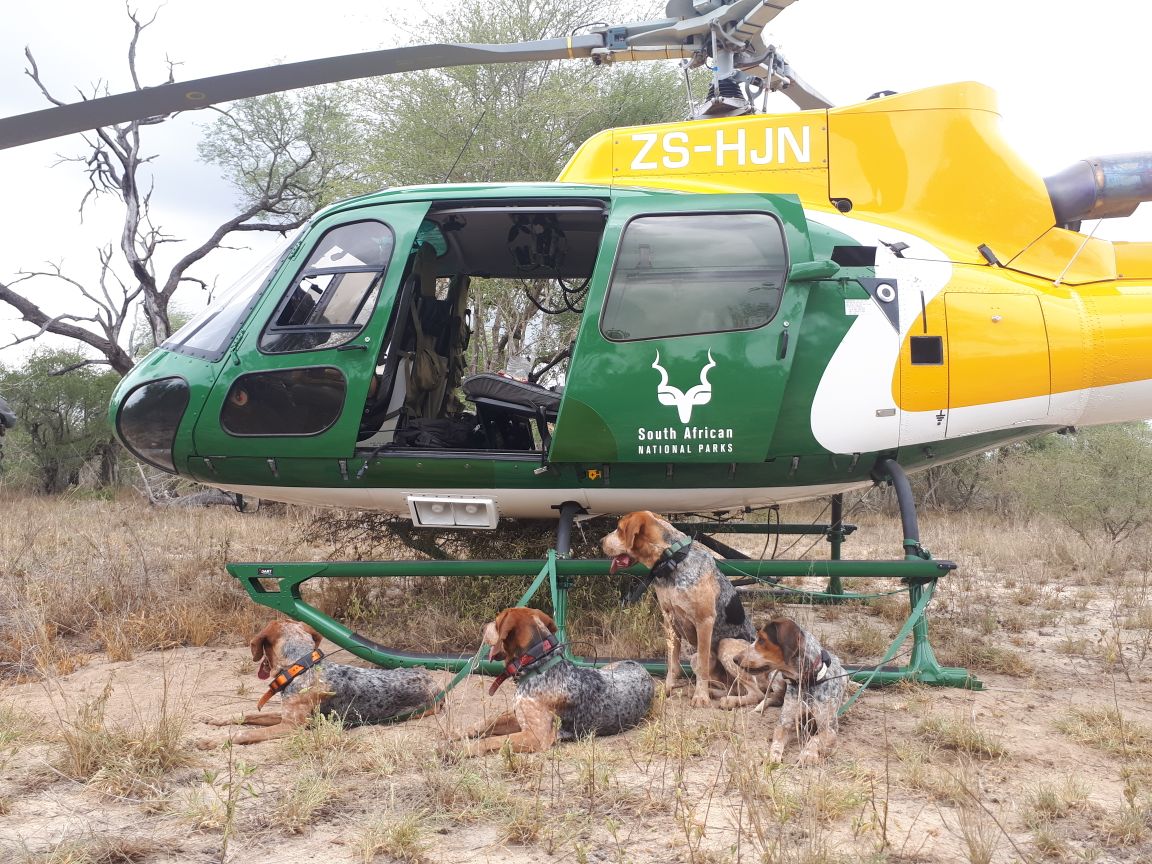 We were called to assist with a SANParks operation.   Field rangers had detected incoming spoor on their eastern Mozambique border.  The SANParks helicopter picked up the section ranger, our dog master and our pack dogs.  It was estimated that the track was nine hours old.  The dogs picked up the tracks and followed it while we were supporting the dogs from the helicopter.  The dogs followed the tracks for twenty kilometres and it took them only two hours.  At that point the dogs lost the spoor but it enabled us to give the field rangers direction. The field rangers picked up the spoor and followed it until last light.  The next day field rangers made contact with the gang of poachers.

The pack hounds took a +/-12 hour old spoor with a ground temperature of 39 degrees.  They ran on the track for seven kilometres before it got dark.  When V, the lead dog, was collected, she was standing in three poacher tracks with the poachers now running.  If we had a little more time and light, the dogs would no doubt have had the time to make contact.

The SAWC pack hounds were called again to assist field rangers who had been tracking a spoor since early light.  At about 12:20 they realised the poachers had seen them coming and were running.  The pack dogs were put on the spoor and after seven kilometres and within 45 minutes, the dogs made contact with the three poachers.  The apprehension team managed to recover a gun, axe and other hunting equipment.

A shot was heard within one of the section of the Kruger.  The SAWC pack hounds joined the search for what we suspected would be a rhino carcass. The helicopter managed to find the rhino carcass within an hour of the shot report.  The field rangers followed the spoor of the poachers out of the crime scene.   The dogs were put on the spoor and they made contact with four poachers.  Two suspects were apprehended. Weapons and other hunting equipment were recovered.

One of the neighbouring game reserves picked up spoor on. Field rangers from the Kruger National Park managed to frog leap ahead and picked up the spoor.  The SAWC pack dogs were put on the spoor.  The dogs followed the spoor for +/-25 kilometres.  The dogs made contact but the apprehension team in the helicopter was not able to see the poachers among the trees.  The helicopter kept suppression while a second helicopter dropped the field rangers.  They picked up the spoor and followed it visually till they reached the paved road.  The SAWC pack dogs saved a lot of time in the follow up and managed to put extreme pressure on the poachers with the rhino poaching attempt being thwarted. 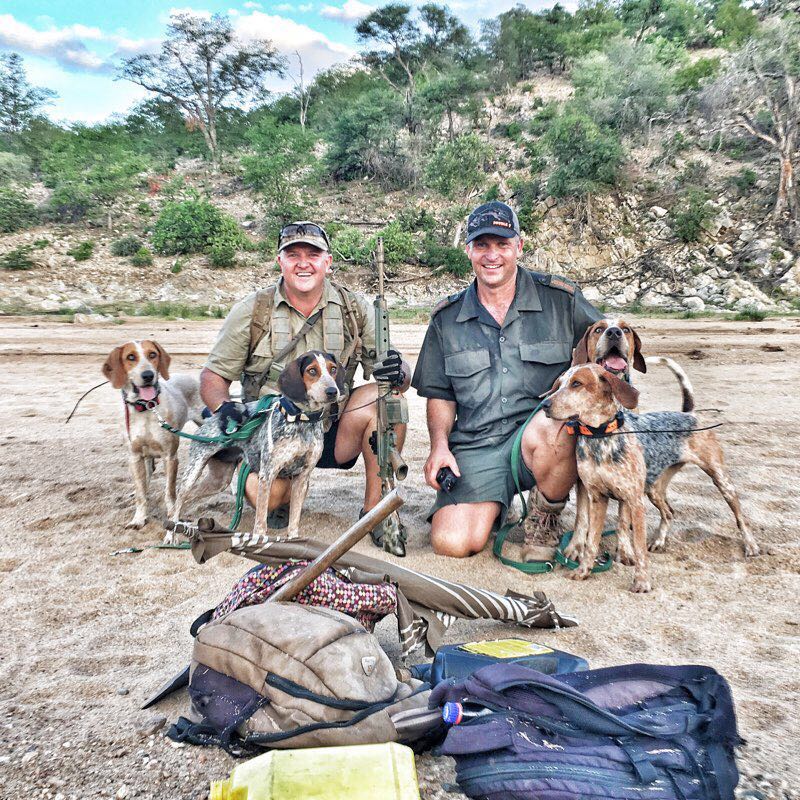 Aerial view of our K9 Unit at work. Follow our dog